The Queen of the Dead Necra Octavian Kane


No replies to this topic 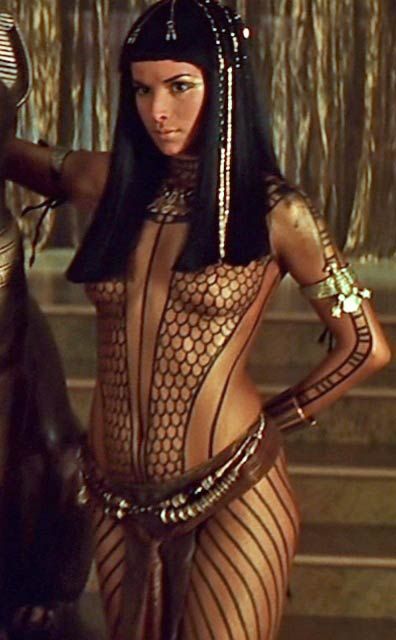 Nicknames (If Applicable): Goddess of the Dead, Queen of Death, Angel of Death, Reaper of Souls, The Lady in Black.

Hometown/Billed From: Isle of the Gods Greece

Tendency to Cheat (Delete ALL that do NOT apply):
- [x] Sometimes


Motivation to Compete (Delete ALL that do NOT apply):
- [x] Glory; they are obsessed with winning and will stop at nothing to avoid defeat.
- [x] Going for Gold; all they care about are title belts and winning them. They want to be the best.


Personality: Necra can be nice at times and loves her family. She does take time for her fans but does like to be annoyed. In the ring she is ruthless and is aggressive.

Ring Attire: Black toga, with a head piece. No shoes or sandals.

The Mummification"
A Cross arm Backcracker.

Biography: Necra is the child of a Goddess and a Murder Demon, or so it is told. She is beautiful yet deadly, and knows how to handle herself in the ring. She is a twin, but her brother is off exploring the world as an Archeologist trying to discover more about the world that they came from. Necra's mother has been dead for almost 5 years, and her father has raised her from the time she was young. Necra is back from the land of the dead after being gone for two years, and after the TIWF closed their doors officially. Just before her mother's death she was given Kane Fashions to run and has made it even more successful then ever. Her Priestess Stacy is also the Vice President of the company and keeps things running when the young Goddess is unable to do so. Her followers are loyal to the death, and would die for her if she asked them to, but most just make the sacrifice themselves. Now that Necra is back, she had entered the grand halls of Sin City Wrestling taking every title in hand but two before leaving. She came out of retirement in AUW to prove that she is the champion she once was, no matter who or what stands in her way.

Length of Contract: As Long as I want it to be

Special Concessions (Transportation, Hotel, Time Off, Championship Bonus, Downside): Every show will have a different entrance and theme.

If titles are won another 75,000 will be added to her normal amount.


0 user(s) are reading this topic