Deep into that darkness peering, long I stood there, wondering, fearing, doubting, dreaming dreams no mortal ever dared to dream before. 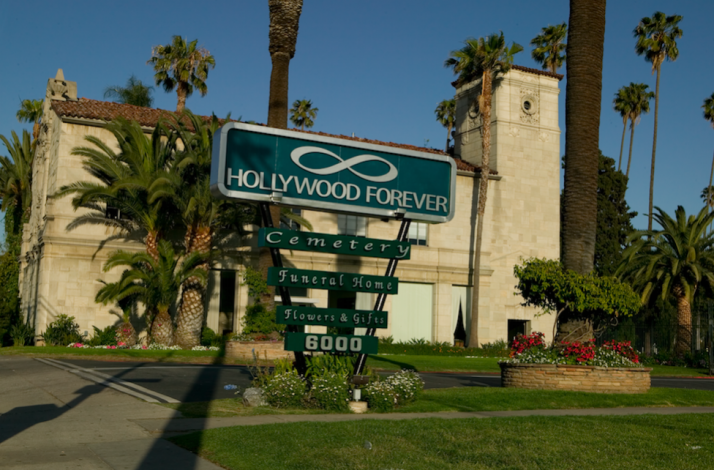 The scene opens on the beautiful city of Hollywood California. The massive white letters that spelled out Hollywood glistened in the late afternoon sun as they loomed over the city below. The winding road moved toward Rodeo Drive, and toward the shops that lined both sides of the famous area. The Roosevelt Hotel loomed over Hollywood Blvd as traffic passed by for another day. The tall palm trees that lined the street swayed back and forth gently. The smell from the restaurants that lined the street seemed to mix together as they mingled with the smell of the flowers that hung from the lamp posts along the streets. The camera moves to the Hollywood Forever Cemetery. It was quiet and seemed almost out of place in the busy city of Hollywood. A tour bus passes by the front gate, as tourists snap a few photo's before driving off once again.  As the bus pulls away we see a figure standing in front of the open wrought iron gates. The figure is dressed in a long flowing dress with silver patterns through out it. The long raven hair was draped down the figures back, and we soon see that it is Necra. Her pale skin seemed to almost glisten in the late afternoon sun, as her golden eyes looked out over the vast lawns that stretched out before her. Mausoleums and crypts could be seen dotting the manicured lawns along with a few headstones that sat in the quietness of the afternoon. Necra walks along the pathways that wound itself through the cemetery, as the smell of fresh flowers filled her senses. Roses, carnations and lilies adorned the head stones and crypt doors.

Necra: This place is truly a place of beauty. Among the vast lawns of this cemetery there lies some of the biggest names that the world has ever known. It's peaceful, and hallowed in so many ways. I'm just enjoying the day and relaxing before I have to really start to get ready for my match against Jennifer Enigma. I know you are all wondering why I'm here and it's simple... Death is all around me at the moment. Spirits still roam from time to time here. They are not looking to finish anything, but sometimes... They were wronged in life, and are looking for answers but that's not  always the case.

Necra places a small stone on the top of the headstone and smiles softly.

Necra: I remember watching the cartoons that he helped make. I spent hours sitting with my father and Ex in front of the TV watching Looney Toons, and most of the Hannah Barbera cartoons he helped bring to life. He died because of natural causes. He rests in peace, waiting for his wife and family to join him right here. But there are others...

She turns and something catches her eye. A man dressed in a dark suit, and walks along the path heading toward what appears to be a wall of crypts. Necra turns and starts to follow him.

Necra: Death is not always an end, but just another beginning. They roam the world or places where they are familiar and known all their lives or feel comfortable at, just to feel like they are alive, but then again some don't know they have even died.

She soon comes along a long wall of small crypts with names on it, but she continues to the massive building that sat beside a man made reflection pool. She walks inside, feeling the cool air surround her. Her high heeled sandals click along the marble floor as she runs her hand along some of the names. She stops in front of one that reads

Necra: The woman that made the world think that there is something more over the rainbow and one of the first movies that was ever made in color. Judy Garland was found dead from an overdose of barbiturates. but she's not the only one that was found over dosed. A lot of people claim that Marylin still walks these grounds trying to find someone to tell her story to... About what really happened. But of course those are all rumors.

She smiles as she continues to walk through the massive place and catches the man in the dark suit out of the corner of her eye once again.

Necra: In just a few days I'll be facing off against Jennifer Enigma for the WXW World Championship. If I win this I will have the very thing that I've wanted since I came back. I know Jennifer wont let it go without a fight, and I plan on giving her the fight of a life time just to get my hands on it. you see Enigma you just like everyone else that I have faced. You think you are high and mighty but deep down you know that you can't and won't be able to beat me. I've lost one, ONE match since I've been back and I don't plan on losing another one now. You haven't had any losses but what does that matter? That will change when you face me. I'm not going to stop until I have what I want no matter what I have to do. It will be just you and I in the middle of that cage and what a thrill it will be. The cage will be used and I will tear away at your flesh, at every turn. I will use weapon after weapon just to keep you down and take what is rightfully mine.

She laughs as she comes to a stop in front of another name.

Necra: A man that very handsome in life, and charismatic. The owner of the once famous Flamingo Hotel and Casino. And murdered in his own home... It's funny really. He as ripped from the mortal coil within a split second, and he still wanders trying to live his life even after death. Jennifer I know that you would try to do the same, but I would forbid it. I would never let you die. No, I would leave you on this world to watch everyone around you die. Let you suffer immortality and not in a good way either... Lost in time, never being able to touch those around you. But that is far away yet, but by the end of our match you will wish you were dead. I will not hold back, and blood will flow all over that ring, and I plan on being the last one standing in the end.

She sits on the white and black marble benches as the young man dressed in the black suit appears and sits beside her. Necra smiles softly, as she leans back. He lights a cigarette and leans back with Necra.

He takes a drag on his cigarette and smiles letting the smoke float around his head.

Rudolph Valentino: It's about time. I'm ready to go home.

Necra: That's good to know. I'm sure there's a few people waiting for you.

He nods as they get to their feet, and start to head out of the building and into the afternoon sun, as the scene fades to black. 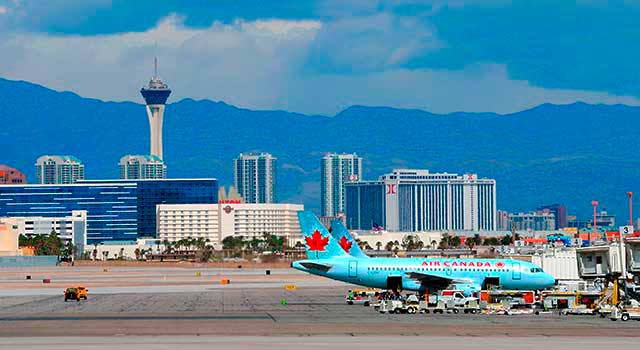 The scene soon reopens on the beautiful city of Las Vegas. The night sky was filled with stars, and the city was filled with the bright lights once again that shined against the black desert around it. The camera moves to the airport and comes to a rest of a private airstrip just outside the main part of the airport. A black limo soon appears and it soon stops just outside where a private jet has landed. The door opens and out steps Necra. She stretches as she starts to walk down the stairs. The driver grabs the bags that are unloaded and soon places them in the trunk. He moves quickly and opens the back door and lets Necra slide into the backseat before closing the door.  Necra leans back on the soft black suede seat and hits the button for the moon roof as the limo soon takes off heading toward the city.

Necra: Home sweet home. I wonder Jennifer if you are ready for what I am going to do to you. I mean you have never faced anyone like me. I know that you are going to do whatever you can to take me down but we both know it's not going to be enough. I went back and watched a few of your matches and I have seen all of your weaknesses and openings with each move that you make. I will destroy you and take such great joy in it. By the end of this, you will be bruised, broken, beaten, bloodied, and humiliated. I am the Goddess of Death, The Queen of the Dead, The Lady in Black, The Reaper of Souls, The Angel of Death, The Child of Heaven and Hell! Fear me! For when you look upon me you will see your end! See you soon and good luck, you're going to need it.

She gets to her feet, and stands up through the moon roof as the city soon came into view. She smiles and takes in the night as the scene fades to black.